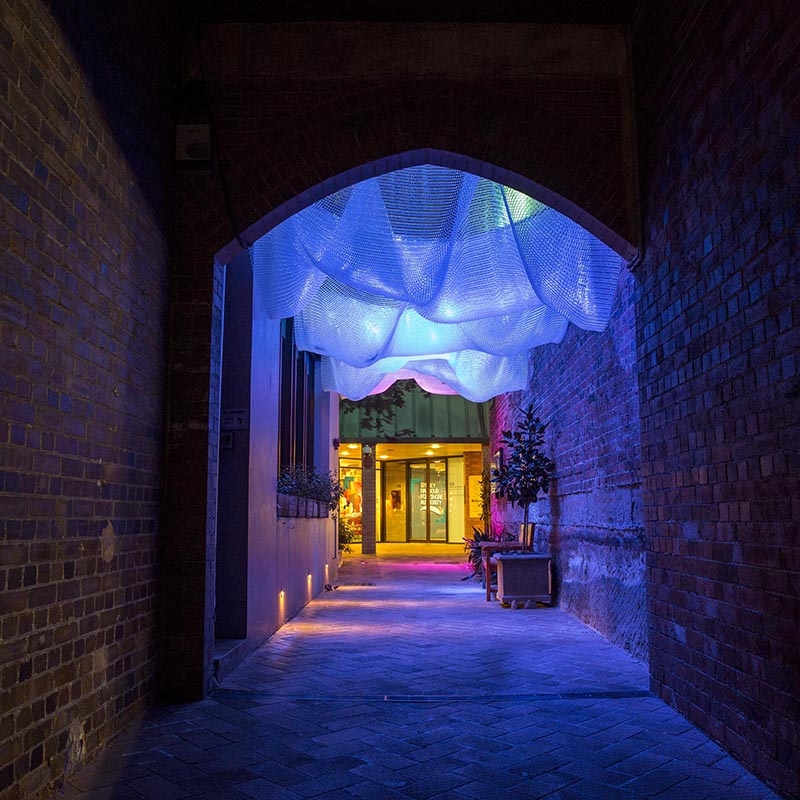 Spatial soundscape composed for a lighting installation as part of Vivid 2014 in Sydney. The installation was located in a sandstone side alley in Sydney’s iconic Rocks area. The bed track of the composition uses rolling thunder as its source sample to trigger resonators at specific frequencies. Harmonic resonances were based on Sir Isaac Newton’s Colour Wheel and synchronised with specific colour combinations.

Spatial elements were incorporated via hang drum transients complementing relevant harmonic structures and effected aircraft flyovers transversing the space. The following as a layer was also included as a reference to an astronomical take on the theme: http://wheelof.com/stars/. Many thanks to Jim Bumgardner for permission. There is also a very subtle layer of Gregorian chant underlying the soundscape. Picture of the install below: